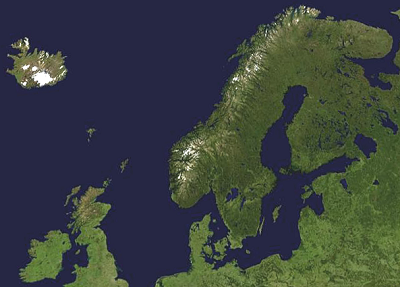 Whilst Northern Europe is a broadly designated region, in fact going back to Roman times it was simply non-Mediterranean countries in Europe, for most cruise lines and holidaymakers it is the countries sitting on the Baltic and North Sea’s as well as countries in Scandinavia.

This region is home to many of the most historic cities in Europe as sea trade led to most countries developing their capital cities at the coast in Northern Europe.

From the southern Scandinavian capitals of Helsinki (Finland), Oslo (Norway), Copenhagen (Denmark) and Stockholm (Sweden) that offer a small town feel set amongst all of the trappings of a big city to the historic cities of Tallinn, Amsterdam, Bruges, Hamburg and Riga that are ideal for exploring on foot for a great day out, a cruise to Northern Europe is one of contrasts and opportunities to see and enjoy a different experience each and every day of your holiday.

The vast majority of cruise lines that operate Northern Europe cruises stop off at the historic city of St Petersburg in Russia, where cruise lines tend to overnight giving you the best opportunity to experience the city.

Here are our top 10 cruise destinations in Northern Europe.

Cruises to the North of Europe are a great way to see as much as possible in a small amount of time. Europe is full of history and culture and deciding on the location your next city break can be a tricky one but with a cruise holiday, you can see 5,6,7,8, even 10 of the best cities on the continent on one holiday.

As mentioned, it is difficult to fully classify which countries are in Northern Europe and which are not, with many also been classified as Western, Central and Eastern Europe but from a cruising point of view, it best to describe Northern European countries as those which sit on the coast of the North Sea and the Baltic Sea.

Here at CruiseHols.co.uk we bring you all of the information you will ever need to choose the right cruise destination for you and your family.

Our destination guides include everything from ports to attraction and excursion to the positives and negatives of the destination.

Here are some of then most popular cruise destinations for those on a Northern Europe cruise holiday. 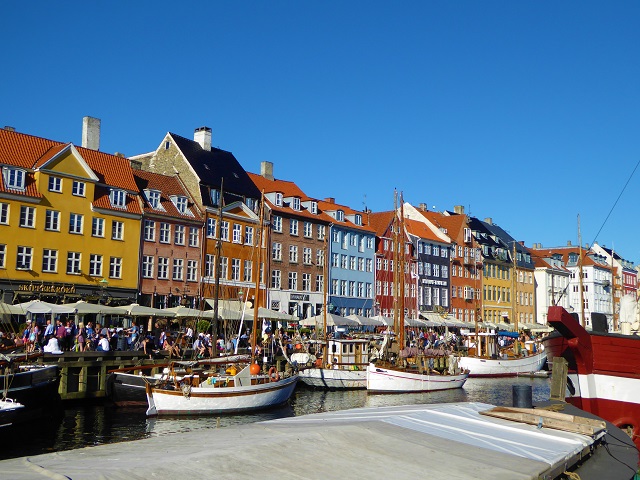 Denmark
Denmark sits at the entrance to the Baltic sea and offers a great mix of Scandinavian, Germanic and European culture complete with a long a fascinating history.

From the bustling capital city of Copenhagen to the historic Skagen, the Danish archipelago is perfect for visiting via a cruise and is small enough to make the most of your day on shore.

Norway
Norway is one of the most popular countries for those on a cruise holiday and it is no surprise why.

So much of the country is by the coast and even more is accessible by some of the longest and most visually stunning fjords in the world but there is so much more to the country including the modern and friendly cities of Oslo and Bergen and the brutally beautiful Norwegian artic.

Germany
Whilst Germany’s ports maybe thought of as industrial ports, they are growing in reputation as cruise destinations with most offering good road and rail links to popular nearby towns including Hamburg, Bremen, Kiel, Lubeck and Rostock. 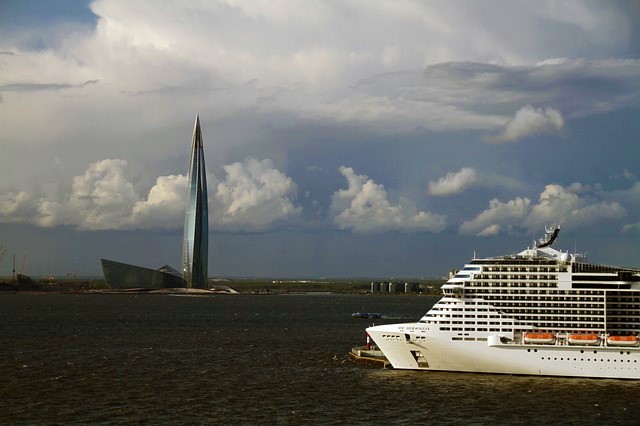 Russia
Whilst the vastness of Russia means the majority of it cannot be reached via a cruise, the great news is that one of the world’s greatest coastal cities can be with St Petersburg a popular destination from UK ports. 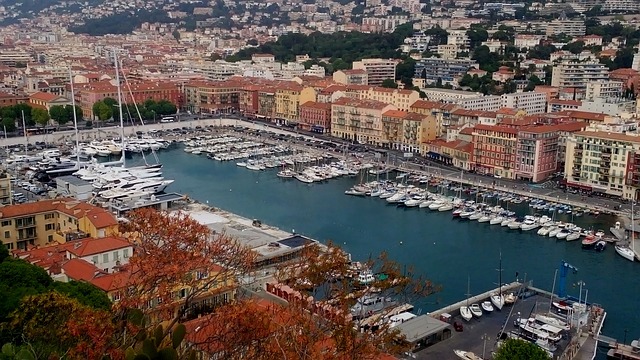 France
Explore Normandy or head in land for day in the iconic French capital city of Paris on a cruise holiday to the northern coast of France with popular ports including the likes of Le Havre.
View our France cruises guide 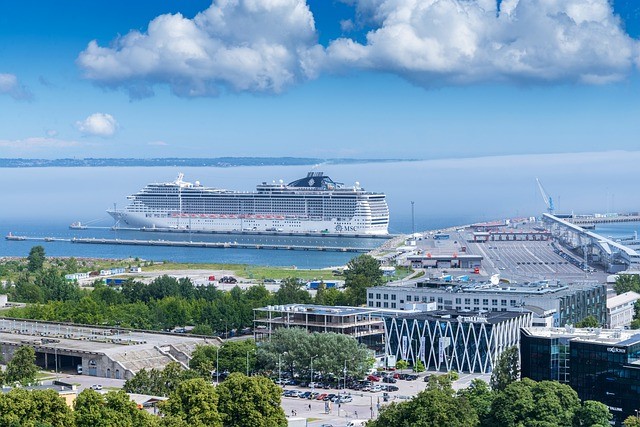 Take a stroll around the narrow historic streets of Tallinn whilst calling in at the many museums, historical sites and small bars and shops before taking in the views from the many viewing spots on the ancient town walls.

Finland
The vast majority of cruise ships heading for Finland call into the nation’s capital city of Helsinki which sits directly across from Tallinn on the Gulf of Finland.

The relaxed city has lots to offer visitors and thanks to many of the main attractions been near the port and the cities excellent public transport, this is a port that can be easily explored on your own. 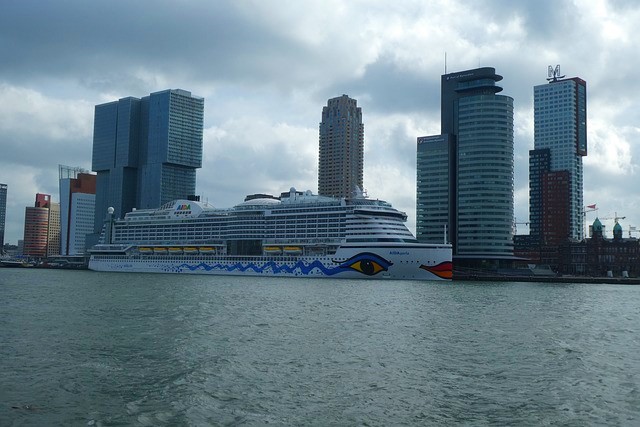 The Netherlands / Holland
The Netherlands, known by many as Holland, is a popular holiday destination that is just a short hop across the North Sea for us Brits and thanks to ports in the heart of great cities, it will continue to be a popular destination for cruise lines.

The entrance into Amsterdam, along the Grand Canal, is a must do for cruise fans whilst Rotterdam offers a city centre cruise terminal that makes it easy to explore by yourself.

Other ports offer the chance to visit the often overlooked Dutch coast and of course a visit to the iconic Dutch windmills.

Republic of Ireland
From visiting the shops and bars of Dublin to the beautiful emerald countryside of county Cork and lots more besides, a stop off on the Emerald Island is a popular way to start or end any cruise from the United Kingdom.

Belgium
The port of Zeebrugge and its excellent road, tram and rail connections make it easy to explore the whole of the small nation of Belgium whilst on a cruise with the nearby city of Bruges a must for anybody who has never been to this part of Northern Europe.

A short tram ride down the coast will take you to the coastal resort of Ostend whilst the popular cities of Ghent, Antwerp and Brussels are all well worth visiting and offer lots to do, see and explore whilst on a day on shore. 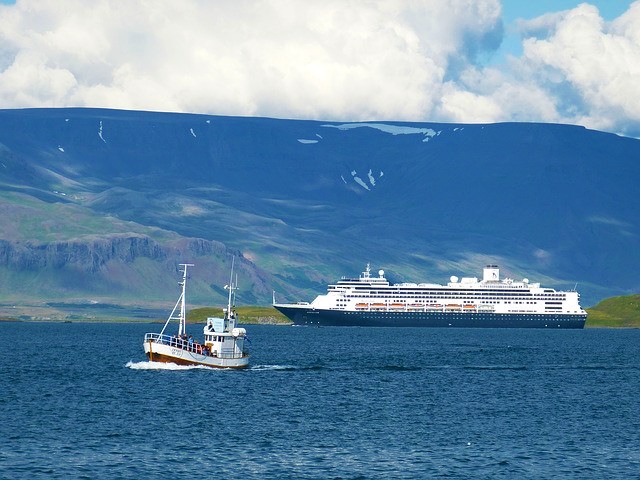 Iceland
Whilst many think of Iceland has been all about its capital city of Reykjavik, there is so much more to enjoy on this brutally beautiful island of volcanos, mountains, and geological marvels.

Many of the ports and destination on offer to cruisers include some of the world’s most stunning fjords where you can visit everything from a volcano to glaciers. 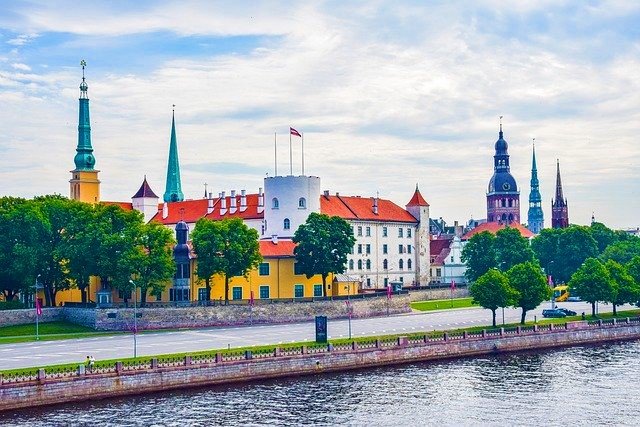 Latvia
The majority of those visiting Latvia on a cruise will choose for a day in the nation’s capital city of Riga, which is home to a wide range of shops, museums, attractions, cafes but it is arguably best to simply walk around this ancient city and take in the many fascinating sites of interest.

Poland
Most cruise ships will dock in the town of Gdynia which is just a short drive from the popular city of Gdansk. With a wide range of attractions, shops, bars and cafes, Gdansk is the perfect size city to simply take a stroll around and see what you come across.

Lithuania
Somewhat of a hidden gem of the Baltic Sea, Lithuania is an up and coming country for tourism and is well worth looking out for on your next cruise of Northern Europe.

From the main cruise port of Klaipeda, you can enjoy a local day strolling the streets of this small but relaxed town or head on an excursions to the main cities of Kaunas and the nation’s capital city of Vilnius.

Faroe Islands
The Faroes often go overlooked as somewhere to visit on holiday but if you are heading for Iceland, Greenland or Norway, why not look for a cruise that stops in the small capital city of Torshavn for a relaxed day out somewhere where can real get a feel for day to day life on a remote Island chain.

Greenland
From stopping off at small and remote fishing villages to cruising along some of the world’s greatest Fjords, a cruise holiday to Greenland is ideal for those who love the brutal beauty of the artic.

Search for Destinations, Ships or Lines